This investment is in the property and leases on the building at Block 2, Blackrock Business Park, Blackrock, Co. Dublin.

Block 2, Blackrock Business Park, is located to the south of Dublin City Centre, in the affluent suburb of Blackrock. Blackrock sits 8km from Dublin City and is easily accessed by the DART, and by road via the Rock Road. Blackrock holds a reputation as being one of Dublin’s prime suburban office locations and is home to numerous international occupiers including Zurich and Allianz.

Blackrock Village is located to the east of the business park and contains a wealth amenities including cafés, restaurants & bars. Frascati Shopping Centre, which is located immediately north-west of the Blackrock Business Park, is currently undergoing a major redevelopment to deliver an additional 65,420 sq ft of accommodation. This development will be anchored by Aldi and will include a number of food and beverage occupiers including Five Guys and Caffé Nero. 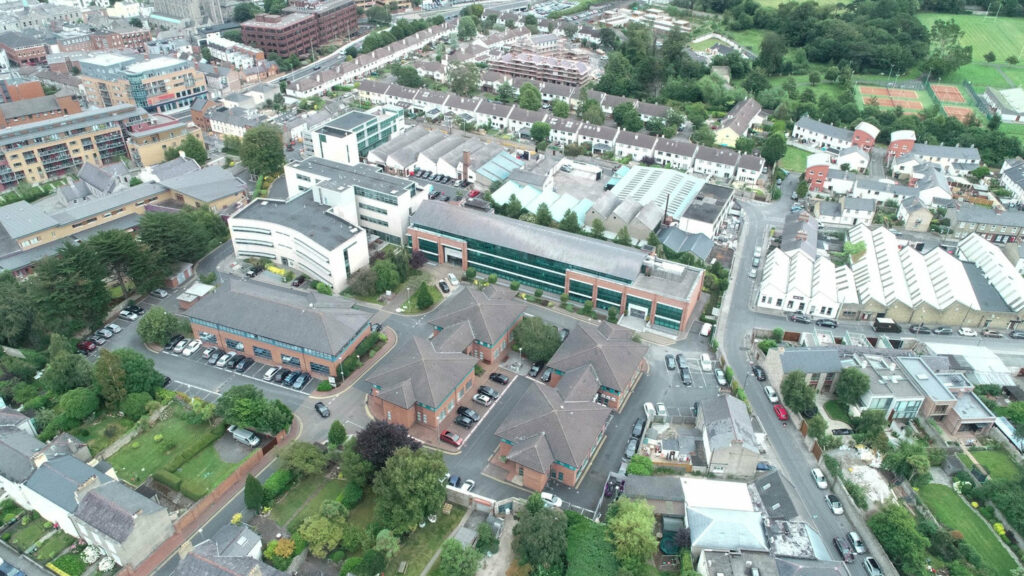 The asset manager (RQTwo) has taken control of the building and made contact with all tenants. All rent is fully up to date and is now being collected into a controlled rental account.

Discussions with existing tenants regarding their future accommodation requirements have commenced with the intention of enhancing tenant profile and potentially increasing cashflows through receipt of early termination payments.

RQTwo is also exploring possible aggregation opportunities within the business park with other blocks recently and currently for sale. An acquisition bid for another block was submitted in Q4 2019 but ultimately did not progress as the final sale price was not supported by financial analysis.

Potential impact from Covid-19 is assessed as medium across the tenant profile in the building. Tenants are medium-sized corporates across various sectors (Med Tech, Finance, Food Research). RQTwo is monitoring closely but no requests for rent concessions have been received to date.

Investors: For information about how to invest contact your Financial Advisor.

Any cookies that may not be particularly necessary for the website to function and is used specifically to collect user personal data via analytics, ads, other embedded contents are termed as non-necessary cookies. It is mandatory to procure user consent prior to running these cookies on your website.